“Just imagine all of us united through sincerity of our intention, heart-felt compassion and loving presence come together to realize our collective dreams…we can make a change and co-creation is where it starts…”

Global Week for Syria is a multi-disciplinary call for peace, support and co-creation. As one of our partners - organizer of a concert in Vienna in 2016 Orwa Saleh said: “Joining the Global Week for Syria is being a part of the international voice that asks to stop the Syrian crises and the Syrian voice that says we are not only numbers and news but hopes, dreams and culture…”

What is Global Week for Syria?
Global Week for Syria is a worldwide humanistic initiative that aims to unite individuals, bands, orchestras, cultural institutions, spaces, and schools from around the globe to raise awareness, create platforms and stimulate co-creations between Syrians and local communities.
The program of the global initiative includes musical performances, conferences, fundraising cultural events, and workshops. These events are open to everyone. Singing, music, food and drink are encouraged and we hope the events can be positive and generous at a time when Syrians need our help more than ever.

A short history of the initiative
In 2015 we produced the First Global Week for Syria Edition, which presented the total of 30 acts with 20 international, 11 Syrian and 4 Lebanese musicians in 4 venues across Beirut, 6 cities across Europe.
In 2016 about 400 Syrian and international musicians took part in the Second Edition of Global Week for Syria in 21 cities around the world (Lebanon, Netherlands, UK, US, France, Austria, Spain, Germany, Denmark, Sweden, and Ukraine). 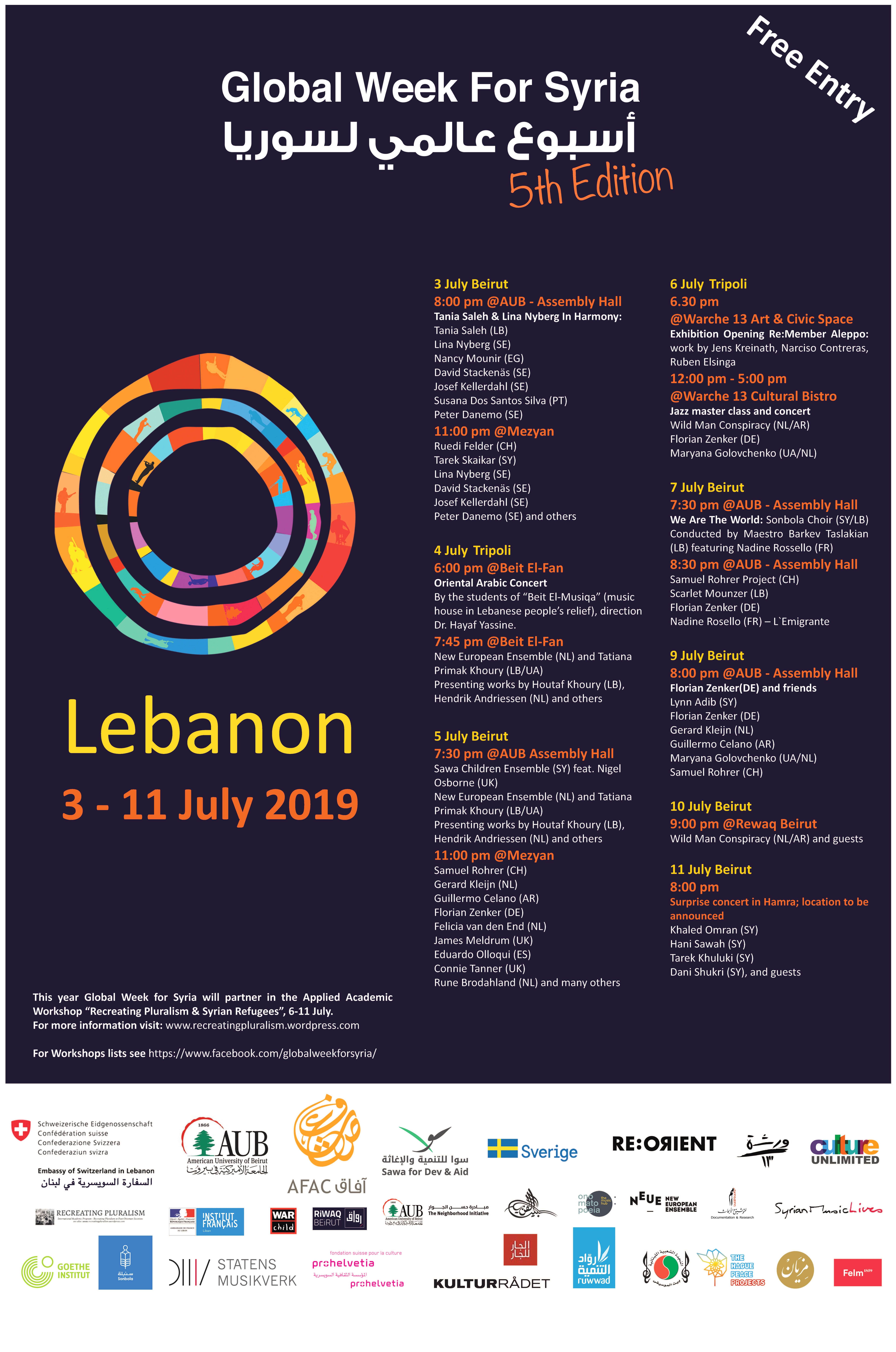 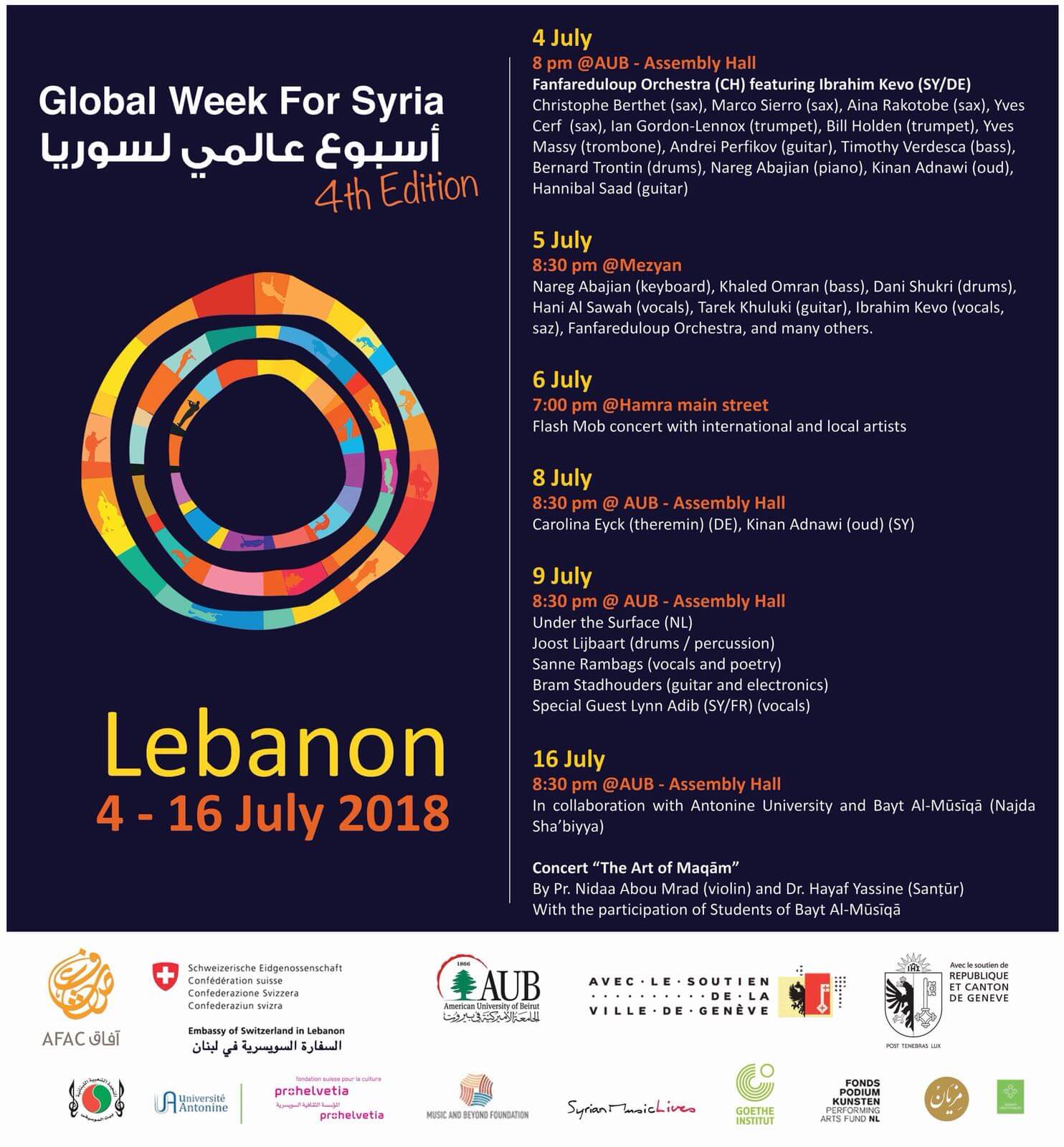 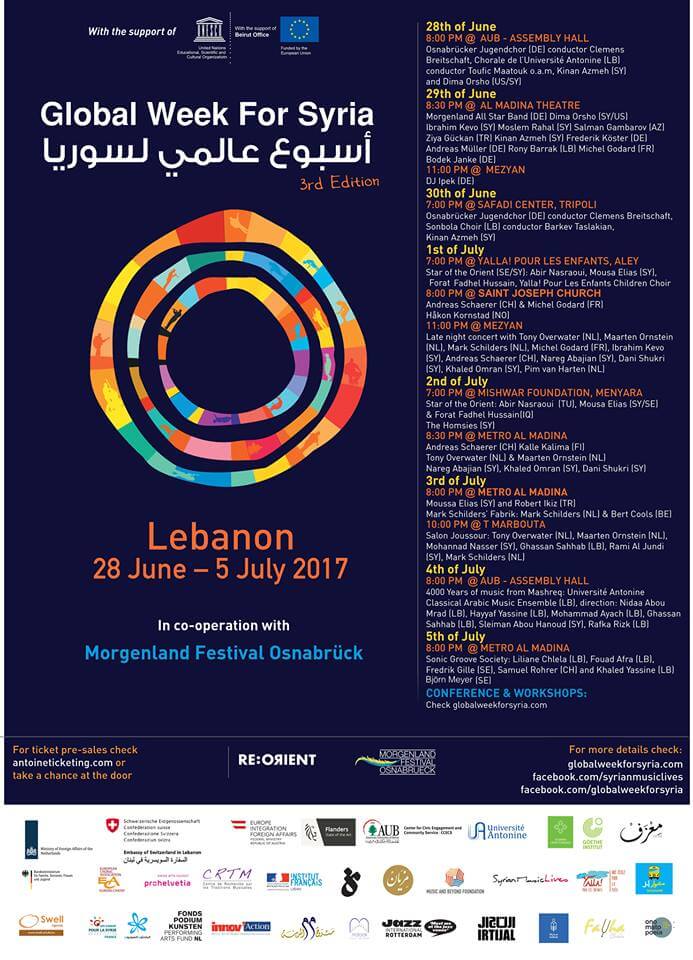 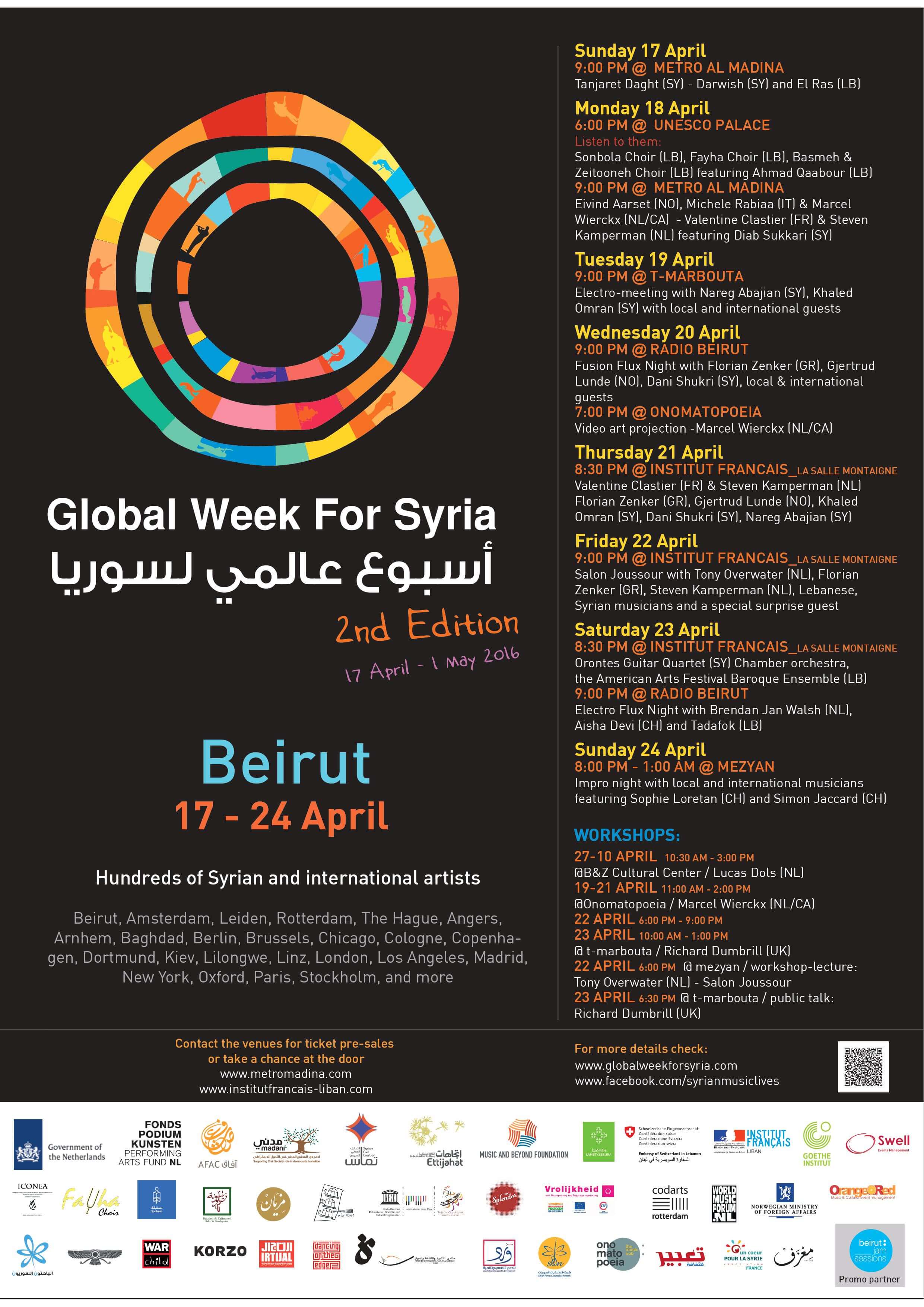 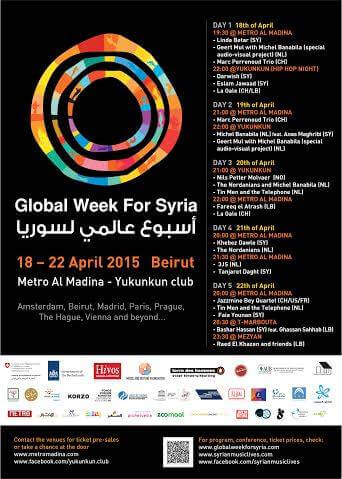 is a project aiming at making Syrian music alive in the media through a professional website and an online social media network that can reach wide international audiences and professional music makers.

Join our newsletter to keep you update with all news & activities

This email address is being protected from spambots. You need JavaScript enabled to view it.