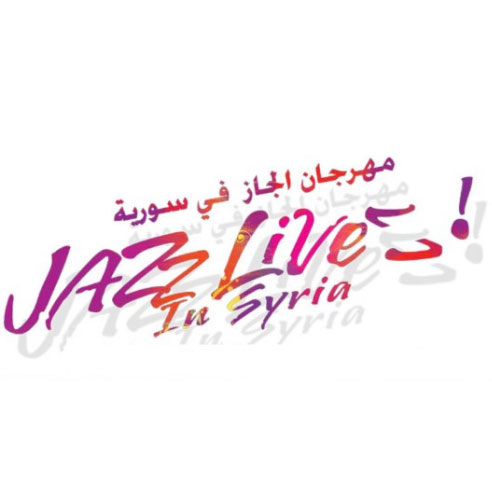 We will present history of jazz in Syria in some important happening but this doesn’t cover the whole history.
We will present more detail at later point.

Jazz Lives in Syria 2005 to 2010.
As told by Hannibal Saad the artistic director.
Jazz Lives in Syria, An Annual festival that started in 2004 and took place in several Syrian cities. The festival included series of festivals and other scheduled programs over a period of seven years, collaborating with numerous foreign musicians, embassies and cultural centers. This Syrian jazz festival, held annually in the Damascus Citadel and in other Syrian cities, became the largest musical event in Syria and generated a number of important initiatives, such as several music workshops for young and professional Syrian musicians, through collaboration with the international composers, musicians and trainers who came to Syria to teach, rehearse and compose for the Big Band. The outcome of this initiative was the creation of the first complete and standard jazz orchestra in the Arab world: the Syrian Big Band, as well as the creation of a dozen of independent small jazz bands which stemmed from it, providing the opportunity for a large number of Syrian instrumentalists to have their place on the musical map in Syria and the world, rearranging Syrian traditional musical lore in a jazz fashion and presenting it worldwide. The festival also featured many great jazz artists like Wayne Krantz, David Binney, Frank Carlberg, Alain Caron, Erik Truffaz, Ensembel Denada, Eivind Arrset, Jan Akkerman, Francis Colleta, Bert Joris, Kenny Wheeler, Christoph Lauer, Time Report, and Franco Ambrosetti.
There are more than ten established jazz bands in Syria you can read about them here on our portal.

is a project aiming at making Syrian music alive in the media through a professional website and an online social media network that can reach wide international audiences and professional music makers.

Join our newsletter to keep you update with all news & activities

This email address is being protected from spambots. You need JavaScript enabled to view it.